2020 has been an unprecedented year, with this year’s election only further highlighting the extreme times we are living in. The 2020 election broke numerous records: most votes ever cast in a presidential election, most expensive election cycle ever, most mail-in ballots ever cast in an election, and we’re not done yet!

FastPay broke down how the money moves behind the scenes and what it took to run and fund national political advertising in one of the most contentious elections in American history. 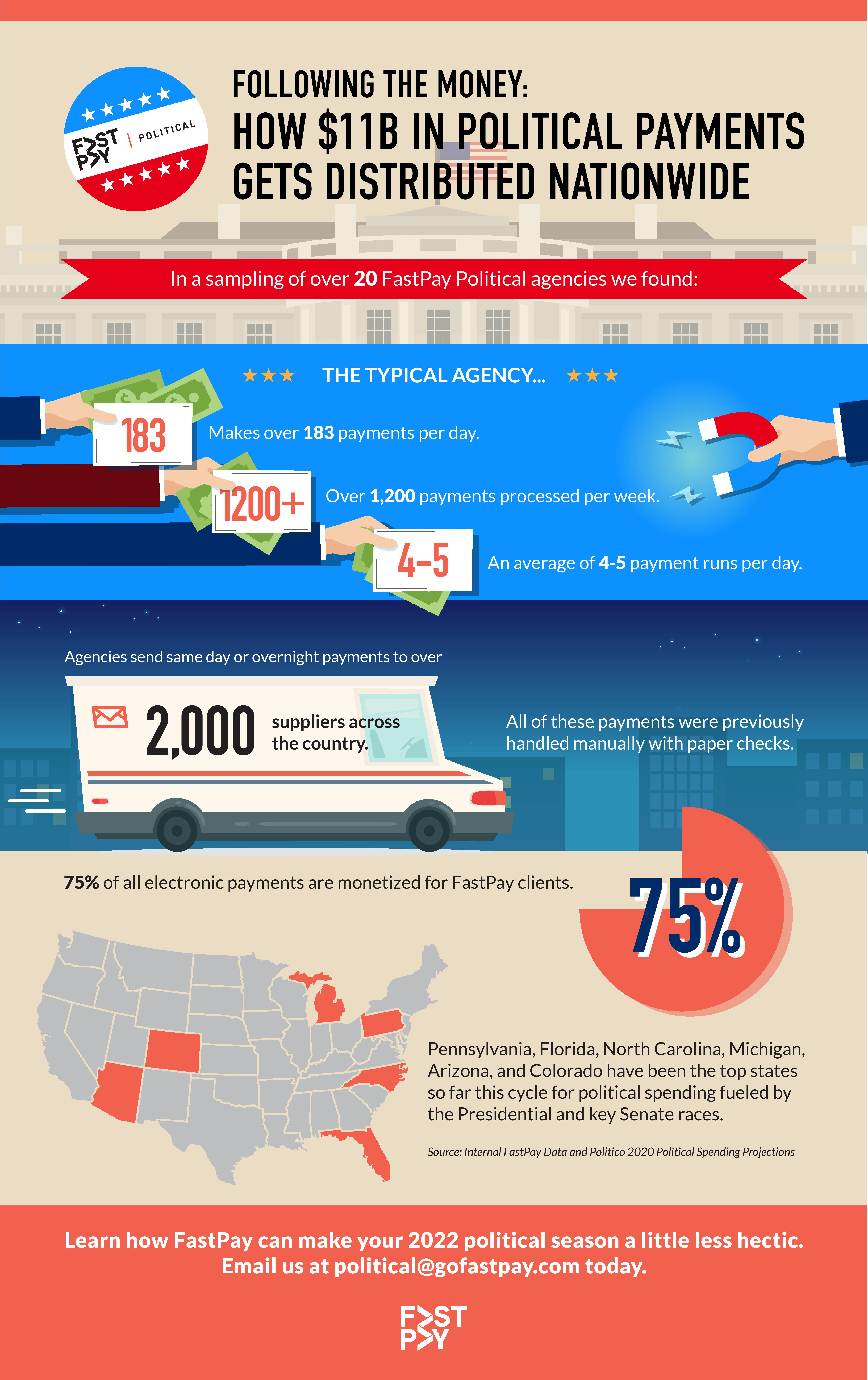 You are now being redirected to SLR Business Credit, the new home of FastPay Capital.